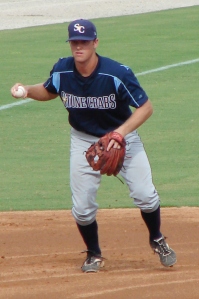 Williams was signed by the Devil Rays in 2006 out of the independent league. He spent his first season with the organization in 2007 between the Hudson Valley Renegades and the Vero Beach Devil Rays. He spent the entire 2008 season with the Columbus Catfish. He returned back to advanced A ball in 2009 as a member of the Stone Crabs and remained with them into 2010.

Williams requested to be released from the organization in May 2010 when he was sent back to extended spring training. The Rays granted his request and he became a minor league free agent.