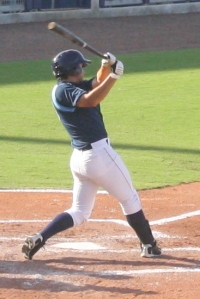 Kang was drafted by the Stone Crabs in the 15th round of the 2006 draft out of Parkview (GA) High School. He made his pro debut with the Princeton Devil Rays in 2007. In 2008 he was promoted to the Hudson Valley Renegades where he was the Renegades Player of the Year and was named to the New York-Penn League All-Star team. Kyeong was promoted to Bowling Green in 2009 and to the Stone Crabs for 2010.