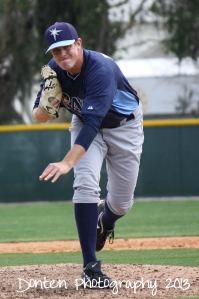 Kevin Brandt has been a member of the Stone Crabs bullpen for the 2013 and 2014 season.

Brandt was drafted by the Tampa Bay Rays in the 18th round of the 2012 draft out of Eastern Carolina University.