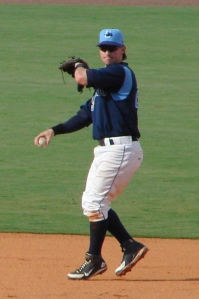 Drew Anderson joined the Stone Crabs midway through the 2009 season after being sent down from Montgomery. Anderson played 36 games for the Stone Crabs and hit .275 with 6 doubles, 4 triples, 2 home runs with 19 RBI’s. Following the season, he was sent back to Montgomery for the 2010 season.

Anderson was drafted by the Cincinnati Reds in Round 13 of the 2004 Draft out of Ohio State University. He was traded to the Rays organization by the Reds in 2009.