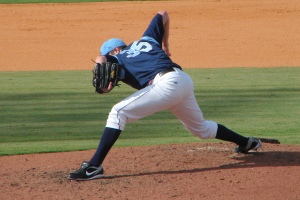 Bradford entered professional baseball in 1996 when he was drafted by the Chicago White Sox in the 13th Round of the Draft. He spent time with the White Sox, Athletics, Red Sox, Mets and Orioles before being signed by the Rays in 2008. He would later retire following the 2009 season.