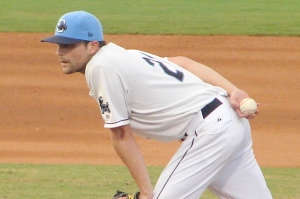 Andy Sonnanstine joined the Stone Crabs for a rehab assignment on August 5. He pitched 1 1/3 innings and allowed 1 run on 2 hits with 4 strikeouts and a walk.

Sonnanstine was drafted by the Devil Rays in the 13th round of the 2004 draft. He has spent his entire career with the Rays organization, making it to the major league level in 2007. He is a two time minor league all-star, Midwestern League (2005) and Southern League (2006). He was also named pitcher of the week five times during his minor league career.