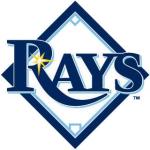 Several Stone Crabs alumni were awarded for their performance this season when the Ray handed out their minor league organizational awards prior to last night’s game.

Willie Argo was named the Stone Crabs MVP for the 2013 season. In his second season in professional baseball, Argo found himself in the top of most offensive categories. He finished the season hitting .308 with 18 doubles, 2 triples, 4 home runs and 30 RBI’s while stealing 37 bases in 95 games with the Stone Crabs.

Dylan Floro was the named the minor league pitcher of the year. Floro joined the Stone Crabs late in the season after spending most of the season in Bowling Green. He was 2-0 in 4 starts as a Stone Crab and had a 1.61 ERA. Overall on the season, Floro was 11-2 with a 1.77 ERA and 99 strikeouts in 23 starts.

Former Stone Crab Kevin Kiermaier was named the MVP for the Biscuits as well as the organizations best defensive player. Kiermaier was a consistent bat in the lineup for the Biscuits as he hit .307 with 14 double, 9 triple, 5 home runs, 28 RBI’s and had 14 stolen bases. But even hotter than his bat was his glove. The speedy outfielder had a .992 fielding percentage the entire season including a perfect 1.000 in 38 games at Triple-A Durham.

Former Stone Crab Kirby Yates was named the best reliever in the organization. Yates converted 20 saves during the season while compiling a 3-2 record with a 1.90 ETA and 93 strikeouts in 61 2/3 innings pitched. Opposing hitters were hitting just .175 against him out of the bullpen.

Like Loading...
This entry was posted in Alumni, Awards, Class of 2010, Class of 2012, Class of 2013 and tagged Dylan Floro, Kevin Kiermaier, Kirby Yates, Willie Argo. Bookmark the permalink.